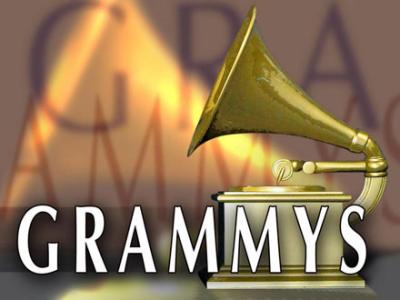 We at The Daily Record try to play clean in our tiny corner of the interweb. Once a year, on “music’s biggest night” the gloves come off and the snark comes out. This year, we present a live diary of the 62nd Annual Grammy Awards. We’ll be doing this live throughout the telecast, so keep checking back.

7:01 – Lady Gaga opens the show in a dress she bought at Bjork’s garage sale.

7:04 – At last, Elton John has found someone with more flamboyant taste in eye wear. Wonder how that feels.

7:11 – Stephen Colbert may have already delivered the line of the night. Re: Susan Boyle selling the most records of ’09 and saving the bottom line –  “You may think you’re the coolest people in the world, but just remember that your industry was saved by a Scottish woman in sensible shoes.”

7:13 – Beyonce wins “Song of the Year” but can’t make it onstage to accept the award. Why not have it received by the Chippettes, stars of the year’s best film “Alvin and the Chipmunks: The Squeakquel”? Now that’s synergy!

7:15 – Who the hell thought it was a good idea to turn “American Idiot” into a musical? I can hear this one flopping faster than Twyla Tharpe’s tribute to Bob Dylan. Forget “Movin’ Out,” how about moving on?

7:16 – Nothing screams “punk rock” louder than a Broadway chorus. Even the Clash buried their choral version of “Career Opportunities” on the last side of “Sandinista.”

7:24 – I can’t figure out which interests me less Kirsten Bell’s insipid new movie “When In Rome” or what song Bon Jovi will play tonight. Let me guess: a really lame one from the ’80s.

7:26 – Does Taylor Swift have a clause in her contract that she must win every award for which she is nominated? Has she ever lost?

7:29 – (The S1Ws were the black panther dancers who guard the stage during Public Enemy performances.)

7:37 – Questlove just tweeted “must admit that watching twitter tweets are better than watching the actual event.”

7:44 – Nothing screams “class” like a chick in a g-string spraying water everywhere. Pink is so talented!

7:47 – I’m not sure who the Zac Brown are, but respect the fact that they didn’t get all gussied up for the show.

7:56 – Fergie looks like someone from either Buck Rogers or the original Battlestar Galatca. Does anyone else remember when Channel 62 used to show all those back-to-back on Saturday afternoons?

7:58 – I gotta admit that watching the Peas do “I Got A Feeling” in concert would probably be a lot of fun. That song got a lot more infectious energy than it deserved.

8:00 – OK, so we’re an hour into this thing and a couple ground rules have already been established. No. 1, no one can perform a song all the way through. Medleys only, please. No. 2, all performance must somehow make their way from the main stage to the satellite stage, and back.

8:01 – They keep advertising the 3-D Michael Jackson tribute with Celine Dion. That woman’s so skinny, I bet even in 3D she’s only 2D.

8:07 – I knew it would happen. People are starting to compose songs for those episode-capping montages. This Lady Antebellum song would be perfect over the poignant closing moments of “Grey’s Anatomy.”

8:09 – The presenter just said there was a Grammy category for artists who don’t have musical talent. Wait, there’s a Grammy for people with musical talent? When are they going to give that one out. Oh yeah, it was done earlier in the day in the parking lot behind the Ross downtown.

8:11 – I bet Stephen Colbert’s daughter thinks her dad is cool now that he’s won a Grammy.

8:12 – Oh, just as I blogged the above Colbert asked his daughter if she thought he was cool now. I am so freaking prescient!! (She said yes, by the way.)

8:13 – The Target ad just showed a white dog with a red spot of his eye. Spuds McKenzie lives!

8:18 – Wow, Taylor Swift was up for “Song of the Year” and she didn’t win. I bet she gets at least half an album’s worth of songs of out how she’s feeling right now.

8:21 – That operatic introduction to “Blame It” was brilliant. Every time I hear this song I remember that Stevie Wonder stopped his show at Starlight last summer to play it over the PA.

8:23 – If they hadn’t just shown George Clinton in the audience, I would have sworn he was the white-haired conductor onstage.

8:24 – I think “Blame It” is starting to suffer from auto-tune overload. It sounds like Kraftwerk.

8:25 – Now Slash is onstage playing the guitar solo from “November Rain.” He probably just heard someone talking about alcohol and bum rushed.

8:27 – Joe Posnanski just tweeted: “They really had people VOTE to determine what Jon Bon Jovi sings at the Grammys? Was there a ‘What’s the difference’ option?'”

8:33 – Hey, Green Day won “Best Rock Album” for their follow-up to “American Idiot.” Can’t wait until that gets turned into a Broadway musical.

8:34 – Chris O’Donnell looks like McSteamy on “Grey’s Anatomy.” I hate myself for knowing this.

8:36 – Wow, a “country” band singing a patriotic song. Way to think outside the box, guys.

8:37 – Answer: Leon Russell with the Zac Brown Band. Question: Who will be headlining Knucklehead’s Labor Day celebration in 2012?

8:38 – Are the red-staters happy that the Zac Brown Band is celebrating America by playing a patriotic number, or upset with them for supporting Obama? This is so confusing. I thought we established that one couldn’t love their country without blindly supporting its president.

8:46 – Has anyone noticed how Taylor Swift strums from her elbow and not her wrist? It’s like she just picked up a guitar for the first time.

8:47 – I hope the tattooed guy on banjo is getting paid well for this gig.

8:49 – Good Lord, Taylor, stay in key! She has pitch like Mariah Carey at a baseball game in Japan.

8:54 – All you chumps who forgot your 3D glasses will now be given a migraine.

8:56 – I think Smokey could have handled the whole MJ tribute on his own. I would have loved to hear him cover a less-maudlin ballad on his own. I’d even settle for “Ben.”

9:01 – I bet MJ’s kids feel really out of place when they hang out at their Uncle Tito’s place. Those are some pale-faced children.

9:03 – Wow, they were just paying tribute to MJ on the Grammys and now there’s a a commercial for “This Is It” on DVD. What a weird coincidence. It’s almost like it was planned.

9:09 – So what you were really voting for was which part of a Bon Jovi song they’ll perform.

9:10 – I hope Roger McGuinn is getting a cut of “We Weren’t Born to Follow.” Methinks Bon Jovi should have paid more attention to the Byrds’ “Wasn’t Born to Follow” when they were ripping it off.

9:11 – Someone needs to say it: Bon Jove are looking old. How many chins does Sambora have, anyway? I count three.

9:12 – I’ll tell you who says you can’t go home: Thomas Wolfe. And if home sounds like this, I’ll be out with Dean Moriarty on the road.

9:14 – Jon Bon Jovi should be forced to sing “Living on a Prayer” over the PA at a Home Depot.

9:16 – What the? How did Mos Def get onstage? “True Magic” had more artistry than the entire careers of everyone else onstage tonight – combined (except for Smokey Robinson and Leon Russell).

9:18 – Next year at this time, I hope Mos Def and Talib Kweli are being presented with the Best Rap Song award for “History.” Black Star rules.

9:19 – So Kanye actually wins an award and he doesn’t show up to collect it? How classic would it have been for Taylor to crash his speech? Probably why he didn’t show up.

9:21 – Seriously, though, best of luck to you and whatever you’re going through, Kanye. Your albums are genius. I hope you get your magic back and exorcise those demons.

9:26 – So it’s OK to sing “Bridge Over Troubled Water” to show support for the Haitians even though the song was banned by Clear Channel in the wake of 9/11?

9:28 – I just want to get this off my chest: Mary J. Blige, magnificent voice, but she oversings and all her songs are vamps and choruses. She doesn’t know what to do with a verse. And the a-hole who thought it would be a good idea to run that voice through auto-tune for MJB’s latest single should be shot. That’s like tying Fred Astaire’s ankles together.

9:30 – Do Mary J and Andrea Bocelli know they’re both singing the same song? Their “duet” was like an otolaryngological cock fight.

9:37 – Who’d have thought the Latin Grammys would have lasted a decade?

9:38 – How come there isn’t a Jazz Grammys or Klezmer Grammys?

9:42 – How many support musicians does the Dave Matthews Band need for this song? Maybe the USC Marching Trojans will show up again.

9:46 – Now Ricky Martin has stolen Chris O’Donnel’s close-cropped look. He should just be glad he’s not forced to pay is way in with the general public.

9:55 – When I saw Maxwell last fall at the Saavis/Keil/Whatever it’s now called Center in St. Louis I imagined the experience was similar to seeing Marvin Gaye back in the day. Maxwell is the real deal and he’s killing it right now. Best performance of the night so far.

9:58 – Maxwell + Roberta Flack. At last, a duet with two people who actually know how to sing with a partner.

10:00 – As the show rounds the three hour mark, just think: the whole night could have been as good as what we just heard.

10:05 – I wonder if this is the combo Jeff Beck will be bringing to Starlight in April.

10:06 – So what’s the thinking here, now that all the kiddies have gone to bed we can shelve the pop tarts and have some real music?

10:07 – Does Quentin Tarantino know that pretending to act like such a badass is making him look like a huge douchebag?

10:14 – Is there a song underneath all these edits? Why not change the lyrics for television? I wonder if the producers have a lyric sheet up in the booth so they know when to drop out. That would be classic to see.

10:17 – Jamie Foxx is singing along with every lyric, but I have to say I think Drake is horribly overrated.

10:18 – Drake’s blend of preppie (black leather jacket, black shirt) with ghetto (torn, sagging jeans) is cracking me up. He’s clearly trying to have it both ways.