Skip to content
(Above: The title song from Naomi Shelton’s debut album.)

The first month of 2010 is almost in the history books. Fortunately, there’s still time to take one last look at some overlooked releases from the final quarter of 2009.

The Dodos third album isn’t a major departure from 2007’s “Visiter.” Several subtle elements, however, make “Time to Die” an improvement. First off, the San Francisco-based indie duo has added vibraphonist Keaton Snyder to their ranks. His playing adds new textures and new rhythms to the songs. Like Vampire Weekend, the Dodos add elements of African music to their arrangements. Unlike Vampire Weekend, though, the Dodos don’t use world music as a template. They incorporate its ingredient into already solid songs. At times the album recalls a more sophisticated Shins. “Time To Die” is filled with a high sense of melody and smart indie rock songwriting bolstered by intricate arrangements that serve the song. 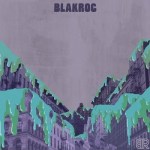 Dan Auerbach and Patrick Carney have been making great garage blues albums for nearly a decade as the Black Keys. After about five albums, however, some staleness started to creep into the formula. After recruiting Danger Mouse to produce their 2008 release, and Auerbach’s early ’09 solo album, the pair dropped their biggest transformation. “Blakroc” pairs the Keys with former Roc-a-fella co-owner Damon Dash and a host of MCs, including Mos Def, Ludacris, Q-Tip, Pharoahe Monch and members of the Wu Tang Clan. The result is the expected mash-up of rap vocals and raw gutbucket rock that exceeds expectations. Auerbach’s dirty, fuzzy guitars and Carney’s drums add an urgency often lacking in the urban world of sampling. In turn, the MCs feed off the vibe, responding with more bounce and personality in their delivery. More, please.

Naomi Shelton and the Gospel Queens – “What Have You Done, My Brother?” 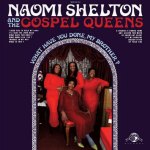 Naomi Shelton’s back story should sound familiar to fans of Bettye LaVette. Shelton palled around with pre-fame Wilson Pickett, Otis Redding and Lou Rawls. Despite their encouragement, success eluded Shelton, who played regular gigs around New York City. Thirty years later, Shelton became part of the “Daptone Super-Soul Revue,” but it took another decade for her debut album to emerge. “What Have You Done, My Brother?” is a classic gospel album that sounds like it could have been cut 50 years ago. Despite its traditional arrangements, the album finds contemporary resonance in the title song, which questions the war in Iraq. Shelton’s cover of Sam Cooke’s “A Change Is Gonna Come” is especially poignant. A survivor of the civil rights movement, Shelton combines the longing of Cooke’s vision with the optimism of the Obama-era. 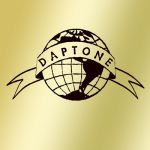 Daptone Records found fame with the diminutive dynamite Sharon Jones, but the entire stable should appeal to Jones’ fans. “Daptone Gold” is a 22-track sampler of the Daptone roster. While Jones is appropriately represented (sometimes through non-album tracks), there are no bum cuts. The old school gospel of Naomi Shelton sets nicely next to Antibalas’ political Afrobeat and the instrumental soul of the Budos Band. Other artists include Stax throwbacks Lee Fields and Charles Bradley. Hip hop fans will recognize “Make the Road By Walking,” the Menahan Street Band track Jay-Z smartly sampled for his own “Roc Boys (And the Winner Is).” At 78 minutes, this generous sampler will certainly send newcomers diving into the back catalog for more.

Rakim made his name as one of rap’s premier MCs with his groundbreaking albums with Eric B in the late ‘80s and early ‘90s. It’s been 10 years since the world has heard anything from Rakim. During that decade he toured sporadically and signed with Dr. Dre’s Aftermath label. The prospect of Dre making beats for Rakim made fans salivate, but unfortunately “The Seventh Seal” is not that long-awaited album. It’s difficult to forget about that hypothetical masterpiece with all the b-list production that plagues “The Seventh Seal.” Rakim sports enough killer flow to justify his reputation, but tracks like “Won’t Be Long” and album opener “How To Emcee” are more stilted and dated than anything on “Paid in Full” or “Follow the Leader.” While there are enough moments on “The Seventh Seal” to make it a must-have for old school fans, casual listeners should probably just ask the devoted to cull a few cuts from this for a killer Rakim mixtape.

(Below: “Holy Are You,” one of the better cuts off Rakim’s “The Seventh Seal.”)