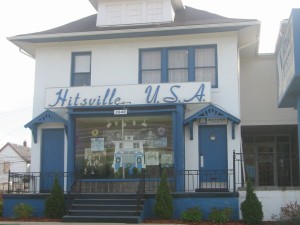 Smokey Robinson didn’t miss very often in the early ‘60s, but for some reason this number just didn’t hit like “Two Lovers,” “The One Who Really Loves You.” Why Robinson was able to jumpstart Mary Wells’ career with the aforementioned numbers while Crawford’s stalled is a mystery. All the right elements were in place – Crawford’s voice is delightful and inviting (perhaps the wrong mood given the lyrics) and the impeccable Motown sound hits in all the right places.

“My Smile” was the second and most successful of Crawford’s three Motown singles. After her departure from the label in 1965 she went back to being a backing vocalist, popping up in 1978 on Hamilton Bohannon’s disco single “Let’s Start the Dance.” That song reached No. 56. — by Joel Francis