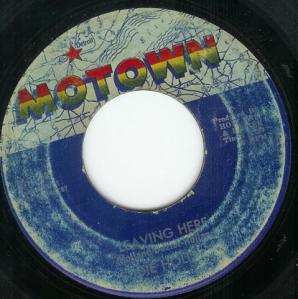 A lot changed for Eddie Holland in the two years between “Jamie” and “Leaving Here.” Holland went from reluctant (and struggling) Motown vocalist to key member of soul’s hottest songwriting team, Holland-Dozier-Holland.

After “Leaving Here” failed to find major chart success, Holland released just two more singles before permanently retreating behind his notepad. It’s just as well – the songs Holland helped write had far more success and impact than anything he performed.

Surprisingly, “Leaving Here” has had more influence as a garage rock song than a soul number. The Who recorded a smoking cover for the BBC in 1965, Motorhead released a version their debut single and Pearl Jam recorded it in the 1996 as a tribute to The Who. “Leaving Here” is one of the few songs that sounds good in the hands of almost anyone. If you find this title buried in on an obscure album, you’re guaranteed to have at least one good number. — by Joel Francis