Warren Zevon fans can be forgiven if the seem a bit excitable recently. Two out-of-print albums have been remastered and debuted on CD with bonus tracks, a two-disc set of demos and early recordings dating before 1976, a no-holds-barred biography and the remaster of Zevon’s best-selling album, “Excitable Boy,” complete with a trio of unheard tracks, have all been dropped on consumers in the past several months.
“Excitable Boy” is the best album in Zevon’s catalog. It contains his biggest hit “Werewolves of London,” along with several other biggies, like “Lawyers, Guns and Money.” Most fans already have this album, but the bonus cuts and improved sound may be a temptation to pony up again. Producer Jackson Browne was wise in dropping “Tule’s Blues” and “Frozen Notes” from “Excitable Boy”’s running order – they would have killed the album’s momentum. But separated as bonus tracks they are beautiful numbers that deserved to have airing. 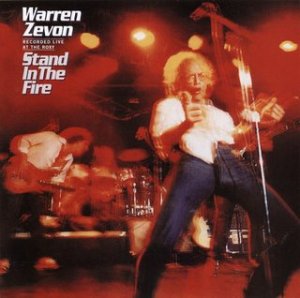 “Stand in the Fire” is a live album made during one of Zevon’s brief mid-life bouts of sobriety that swaps booze for pumps an extra dose of adrenaline. Zevon’s energy is infectious and its hard not to wish you were at the club the night this was recorded. But for all the zest he pumps into rocking numbers like “Jeannie Needs A Shooter” and a closing Bo Diddley medley, Zevon is just as affecting in ballad mode on the bonus tracks of  “Frank and Jesse James” and “Hasten Down the Wind.”
Released just a year after “Stand in the Fire,” “The Envoy” finds Zevon back on the wagon. While there are some gems – author Thomas McGuane co-wrote “The Overdraft,” – the album also contains an ode to Zevon’s drug dealer, which should always be a red flag to the uninitiated to drive around the block and come back later. The bonus tracks aren’t any more inspired – an alternate take, an outtake, a plodding instrumental and a tossed-off cover of “Wild Thing” – but it’s still nice to have this one back in print.

Zevon’s ex-wife Crystal Zevon and draws on interviews with dozens of musicians, producers, former girlfriends and family members to paint a personal portrait of Zevon in the biography “I’ll Sleep When I’m Dead”. Memoirs penned by ex-wives should be approached with caution, but this project got Zevon’s blessing and is admirable in its objectivity. In the first half of the book, Zevon mixes a dangerous cocktail of vodka, cocaine and firearms in his quest for the exposure he knows he deserves. Zevon got his shot, but the same addictions that drove him cost him his wife and daughter.
When he loses his record contract Zevon plunges further into excess, but is eventually rescued and rehabilitated. Finally serious about his sobriety, Zevon found a new addiction in sex. The diary entries reproduced in the book are peppered with stories about neighbors he slept with, daliances with groupies (he duped one into having an abortion) and his hobby in videotaping his adventures. The book’s concurrent themes of addiction and music paint Zevon as a volatile person probably best appreciated from the stage or album. Readers looking for the enlightenment behind their favorite song or album are likely to be disappointed, but they will have a better understanding what Zevon was going through personally while writing, touring and recording. 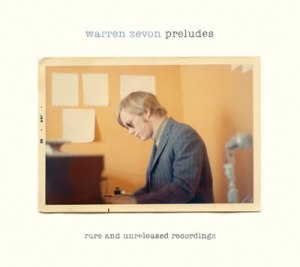 “Preludes” is the greatest treasure for long-time fans. This two-disc set contains an interview from 2000 and an intimate look at Zevon in his pre-fame days crafting demos of “Accidentally Like A Martyr,” “Desperados Under the Eaves” and “Poor Poor Pitiful Me” and six unreleased tracks including “Studebaker,” which Zevon’s son Jordan performed on a 2004 tribute album. Jordan Zevon found these recordings, along with hundreds more, when he was cleaning out one of his dad’s storage spaces.

Zevon always hovered in that zone between critical acclaim and mainstream success. Its nice to see, four years after his death, that he continues to get the respect and exposure he deserved. These releases, and hopefully future ones in the same vein, will ensure that Zevon is kept in our hearts a while longer.