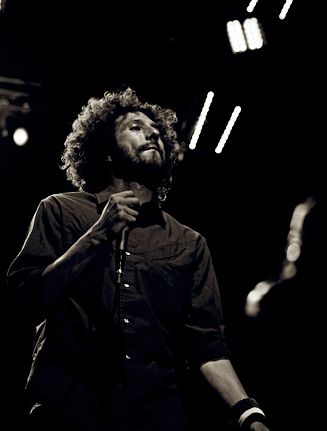 Public Enemy, Black Star, The Roots and Wu-Tang fight the Battle of the Bay in San Francisco

The Giants may have been out of town, but that didn’t stop the hits from pouring across McCovey Cove near ATT Stadium when the Rock the Bells festival landed in San Francisco last week.

It was a dream bill that 45,000 fans of ‘90s hip hop couldn’t resist, but with two stages of incredible lineups performing simultaneously some sacrifices had to be made. In the end, The Roots won over The Coup and Public Enemy trumped Blackalicious. Below are some of the day’s highlights.

Public Enemy was raging against the machine before there was a Rage Against the Machine. Backed by a full band, Chuck D, Flavor Flav and Terminator X showed that songs written during Reagan and Bush Sr. still had plenty of both relevance and resonance. The band did their best Rage tribute with a version of “Son of a Bush” that’s unlikely to win any fans at Fox News. That said, Chuck D probably knows he’s unlikely to win any new fans in the era of T.I., Chamillionaire and, shudder, Flavor of Love, so the band mostly stuck to songs off its groundbreaking initial albums like “Black Steel in the Hour of Chaos,” “Fight the Power,” “Rebel Without a Pause,” and “Public Enemy No. 1.” Anthrax guitarist Scott Ian popped out to lend his axe to “Bring the Noise” and Flavor Flav closed down the set with a performance of “911 Is A Joke” that had the crowd rapping along.

As anyone who saw the Roots perform at the Voodoo Lounge last spring can attest, this Philadelphia-based band is one of the most engaging and entertaining performers in the business – regardless of genre. Giving the only 45 minutes was criminal, though predictably the band made the most of what they had. MC Black Thought and drummer/bandleader ?uestlove opened the set with drums-and-mic duet “Web” before the rest of the band and a three-piece horn section joined them. Every song was a highlight, but to watch the group transition from the hip hop beats of “The Next Movement”  to the funky rock of “The Seed 2.0” to the neo-soul flavors of “Act Too (The Love of My Life)” and finally a Philly soul cover of “I Can Understand It” was mind-bogglingly delicious.

Mos Def and Talib Kweli have only made one album together which was released nearly a decade ago, but they are still linked in most fans’ minds. There’s good reason for this, as each bring out the best in the other. Mos Def is one of the most improvisational MCs in the business, which is both a blessing and a curse. On his best nights, he rivals most jazz performers with his reworkings of song. On an off night, he comes across as bored. Kweli is one of the best MCs in the game (you don’t get props from Jay-Z on record for nothing) who keeps getting better, but can at times slip into auctioneer mode. Kweli keeps Mos from wandering off, while Mos pushes Kweli’s cadences.

Kweli opened the set on his own, teasing songs from his new album, “Ear Drum,” and launching into classics like “The Blast” and “Move Something,” before bringing out Strong Arm Steady and Jean Grae. Though the guests – especially Grae – were a nice surprise, Kweli was at his best when the DJ dropped out and let Kweli rhyme a cappella. Mos Def took the stage halfway through “Get By” and the results were as close to jazz as two men with a mic are likely to get. From there the duo segued into the classic “Definition,” “Supreme Supreme,” a newer collaboration, and “Respiration.”

Mos performed most of his set on the ground in the area between the stage and the crowd barricade after noticing the strong wind off the bay had the lighting rigs swaying like chandeliers. “It’s hard enough to be a black man in America,” he quipped. “I got kids, y’all.” Fortunately, video cameras and three giant screens kept Mos from being invisible at ground level as he worked his way through a set heavy on newer material. Mos closed with a great medley of “Ms. Fat Booty” and “Brown Skin Lady,” which brought Kweli back out and, finally, “Umi Says.”

Hip hop as a live medium tends to get a bad rap (sorry) and acts like Wu-Tang Clan are Exhibit A on how something that sounds great on record doesn’t always transfer well to the stage. Part of the problem is the makeup of the group. There are nine MCs in the Clan, which can be a nightmare at the mixing board. Throughout the evening, each mic was mixed at a different level, rendering lots of vocals inaudible and resulting in something that sounded like loud choreographed chanting. Most songs could only be recognized by the sample or the chorus. Oddly enough the evening’s finest number, “Triumph,” had little in the way of either. Method Man carried the rest of the Clan on his back and carried the night (when he wasn’t crowd surfing and being carried by the crowd), which leaned heavily towards the group’s debut “Enter the Wu-Tang (36 Chambers).”

Rage Against the Machine

After seven years and nearly two presidential terms apart, Rage reclaimed the stage with a force and energy so powerful a S.W.A.T. team should have assembled. In between Wu-Tang and Rage’s sets, the crowd quickly morphed from a diverse, backpacker good-times gathering to a muscular, white frat-boy mosh pit. There was a mixture of menace and testosterone in the air as a crowd who had patiently waited through three Audioslave albums hungered for the return of the real thing.

They weren’t disappointed. Singer Zack De La Rocha led the band through over a dozen volatile indictments that included hits like “Bombtrack,” “Bulls on Parade” and “Guerilla Radio” with album cuts like “Bullet in the Head,” “Vietnow” and the Afrika Bambaataa cover “Renegades of Funk.” This was the musical equivalent of “Fight Club.”

As the festival closed, the defiant refrain of “Killing in the Name” hung in the air. Seven years was too long to wait, but the combustion of Rage’s 80-minute set made it understandable why these ingredients couldn’t be mixed too often.

One thought on “Rage Rocks the Bells”